COUNTRYSIDE, IL, March 2, 2022—Sokol Custom Food Ingredients, a family-owned company that has been developing custom food formulations for 125 years, recently introduced a new leadership team as John Novak retires as President. During John’s time as President, Sokol doubled the size of its manufacturing facility and grew revenue by over 500%. Tim Novak will take on company leadership as President.

Sokol’s new leadership team will include:

“It has been an honor and privilege to be a part of Sokol’s 127-year history,” said John Novak, retiring President, Sokol. “I have enjoyed each day of my forty years spent with the company and am extremely proud of the work our people have done together and the families and customers we have served along the way. Not many people experience the joy of turning the leadership of a family-owned enterprise over to their children. I have the privilege of doing just that and know Sokol will flourish as a result. Tim and Michael have both worked hard to earn their new roles, learning all aspects of our business, gaining outside experience with other companies, and achieving graduate degrees in business. I am most proud to know they will take care of our cherished team and our valued customer partners.”

John Novak joined Sokol and Company full time in 1982. He held various positions in accounting, warehousing, and production, learning the business from the ground up. With a passion for manufacturing, John moved quickly into plant management. On the foundation of Sokol’s reputation as a quality supplier, John led Sokol’s transformation from an importer to a value-added manufacturer of custom food ingredients.

“I am thrilled to join our family business at such an exciting time,” said Tim Novak, President, Sokol “My father has set the bar very high but our commitment to our employees, customers, and brands will remain unchanged during this transition. Our team will continue to work tirelessly on our culture centered around quality and safety. While I do expect a new energy, the same entrepreneurial and customer-centric energy has propelled the business for five generations and that will never change.”

Tim Novak brings a wealth of private equity investing, general management of manufacturing operations, and corporate development in the food industry to Sokol. He led the investment and management of a multi-site packaging manufacturing business prior to being named President of Sokol. He has overseen two greenfield buildouts and startups in Boston and Cleveland and has also held various leadership roles at a private equity-backed global baking business. Tim Novak earned an MBA from Northwestern University (Kellogg) and a BA from the University of Dayton.

Michael Novak has held various positions at Sokol over the last twenty years, most recently as Vice President of Manufacturing. He has also served companies such as Ampac Packing and Tate & Lyle. Michael Novak is pursuing an MBA from The University of Chicago Booth School of Business and has earned a BS in Chemical Engineering from the University of Dayton.

Fiore De Simone has held various positions at Sokol over the last fifteen years, most recently as Director of Procurement & Logistics. He earned a BA in Economics from the University of Illinois Urbana-Champaign.

About Sokol Custom Food Ingredients
Sokol Custom Food Ingredients is a family-owned company that has been developing custom food formulations for retail, industrial and foodservice industries worldwide for 125 years. Through a century of evolution and adaptation, Sokol, along with an impressive portfolio of retail and private label products such as Solo Foods retail brand, has evolved into a multifaceted food company focused on long-lasting strategic partnerships. Sokol’s team of formulation experts, quality ingredients, optimized production process, packaging solutions and dedicated customer service team give customers a unique experience and the ability to tap into current market trends and get to market quickly. 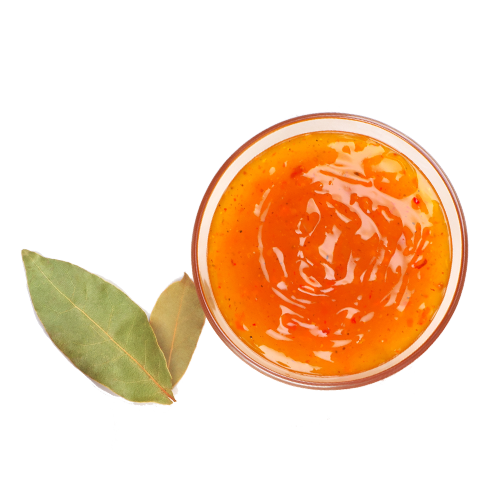